Immersive experience design
It's 2093 and some NASA scientists have gone rogue. It's your turn to figure out what happened or die trying.

Team size: 20
Tasked with creating a fictional exhibit by the end of our course, my team of 20 decided to make it interactive and create an escape room. With my specific role in the user experience sub-team, I was responsible for charting out a participant's emotional experience and journey through our giant mystery room. I also helped with plot development and creating puzzles to interact with in the room.

You will also find here some images of the environment we built along with custom designed props. 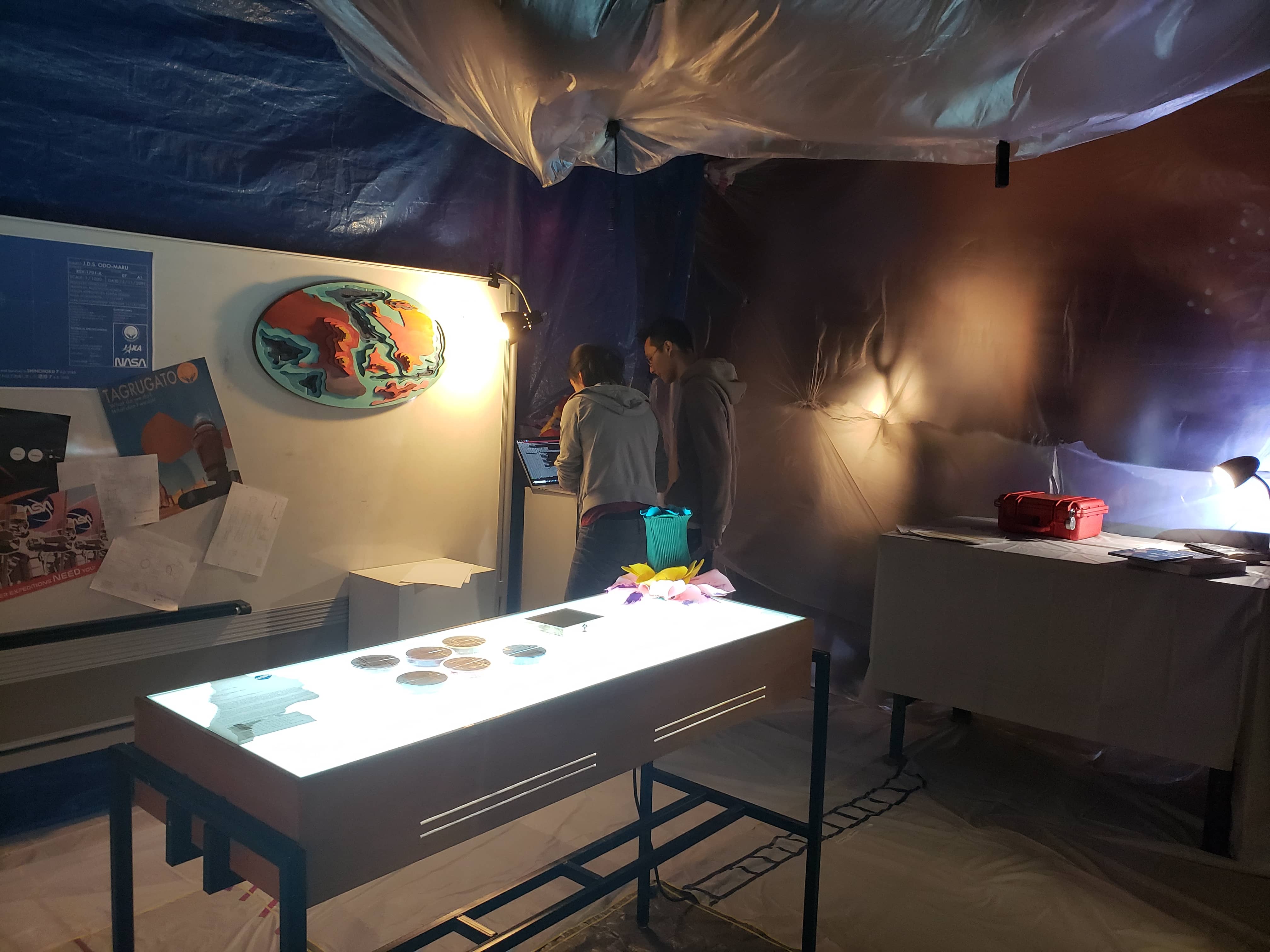 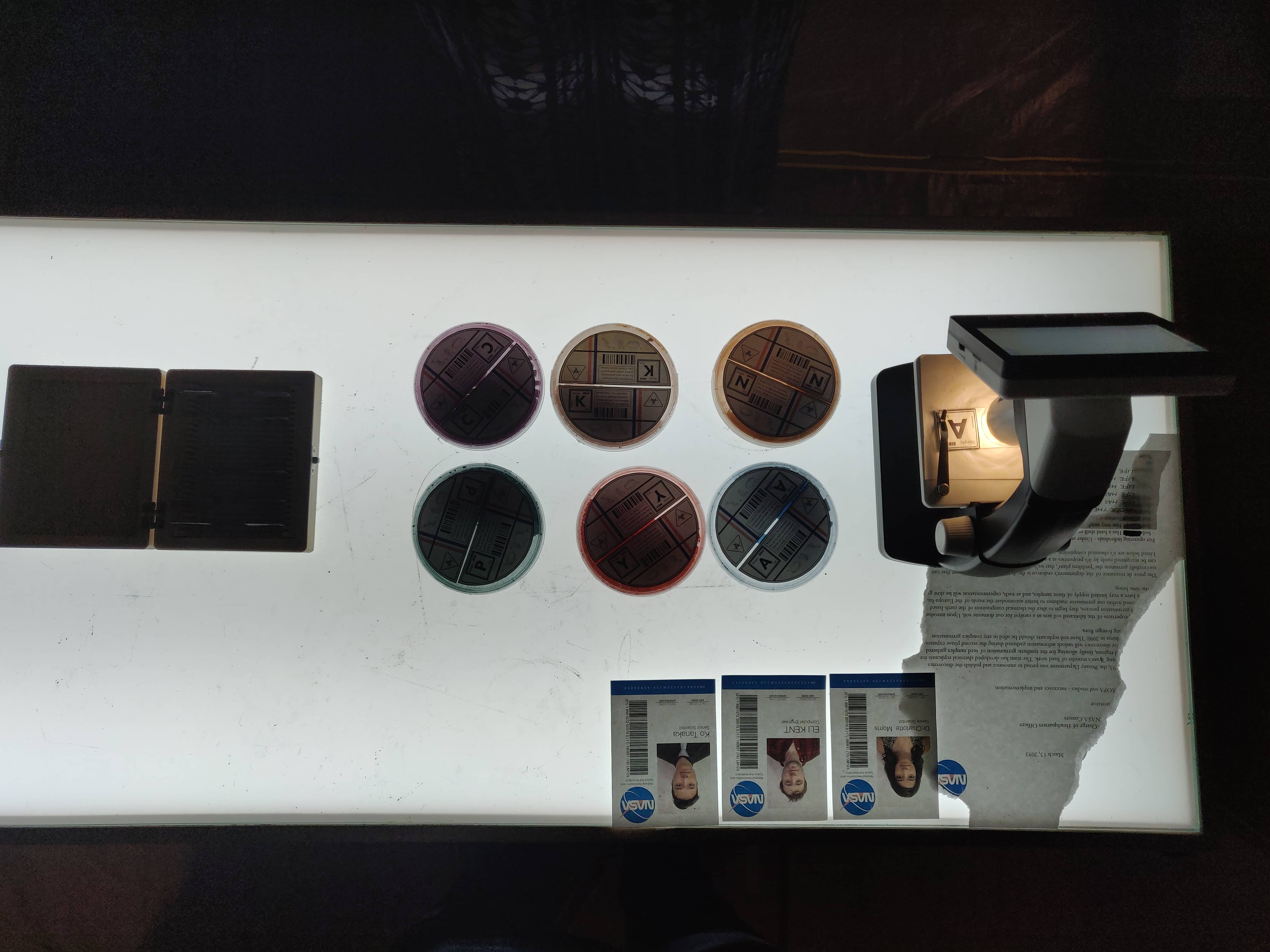 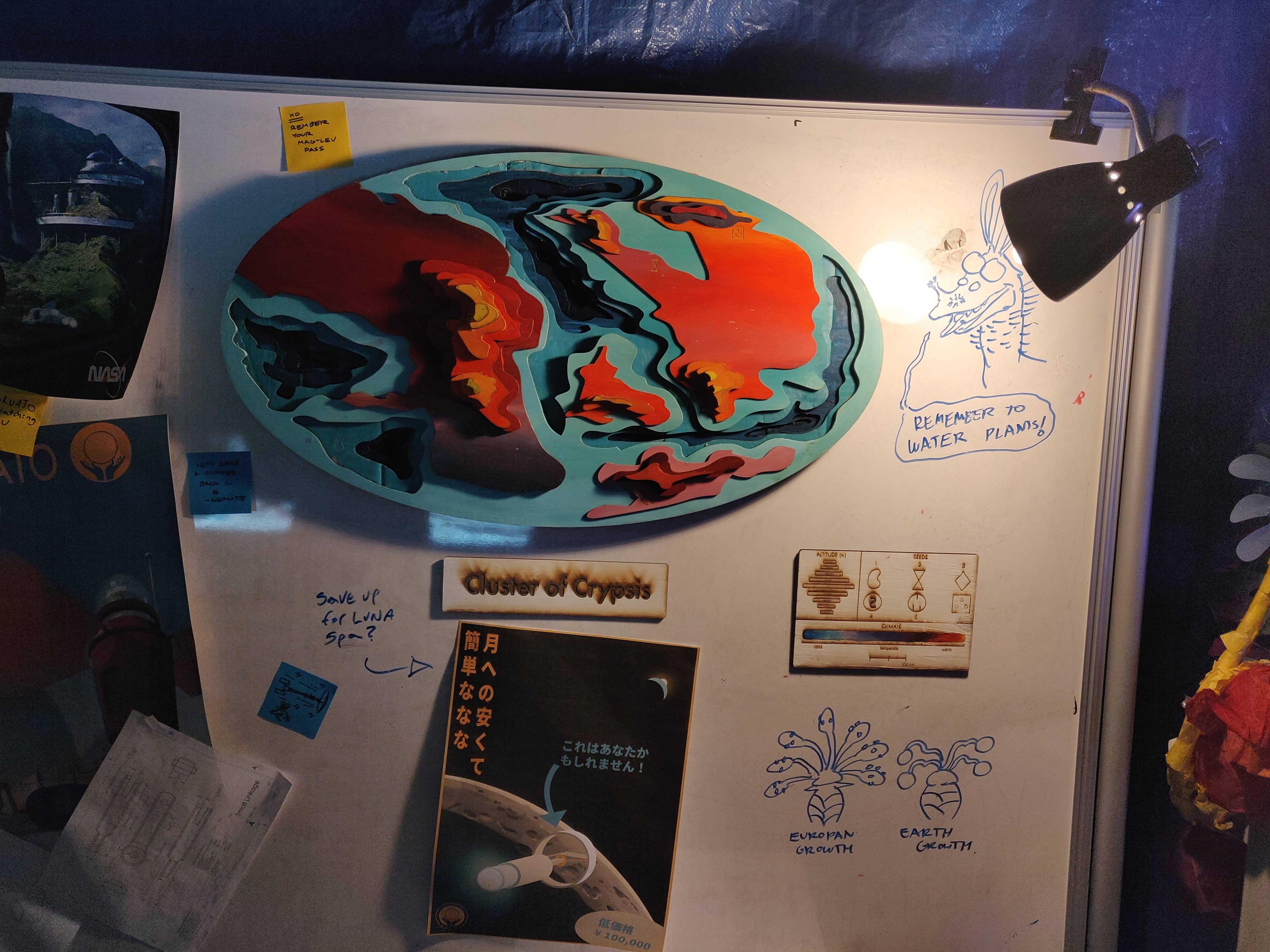 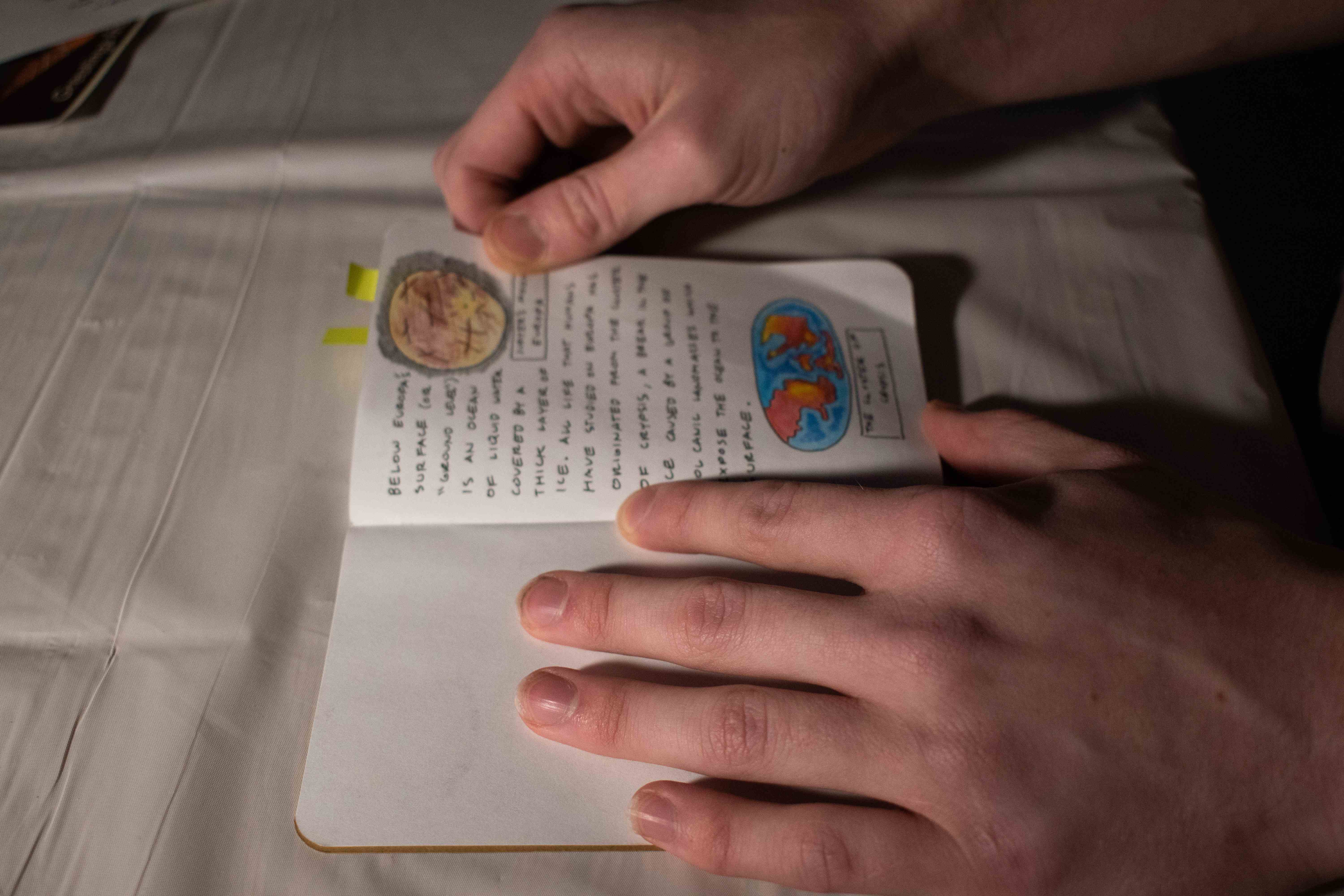 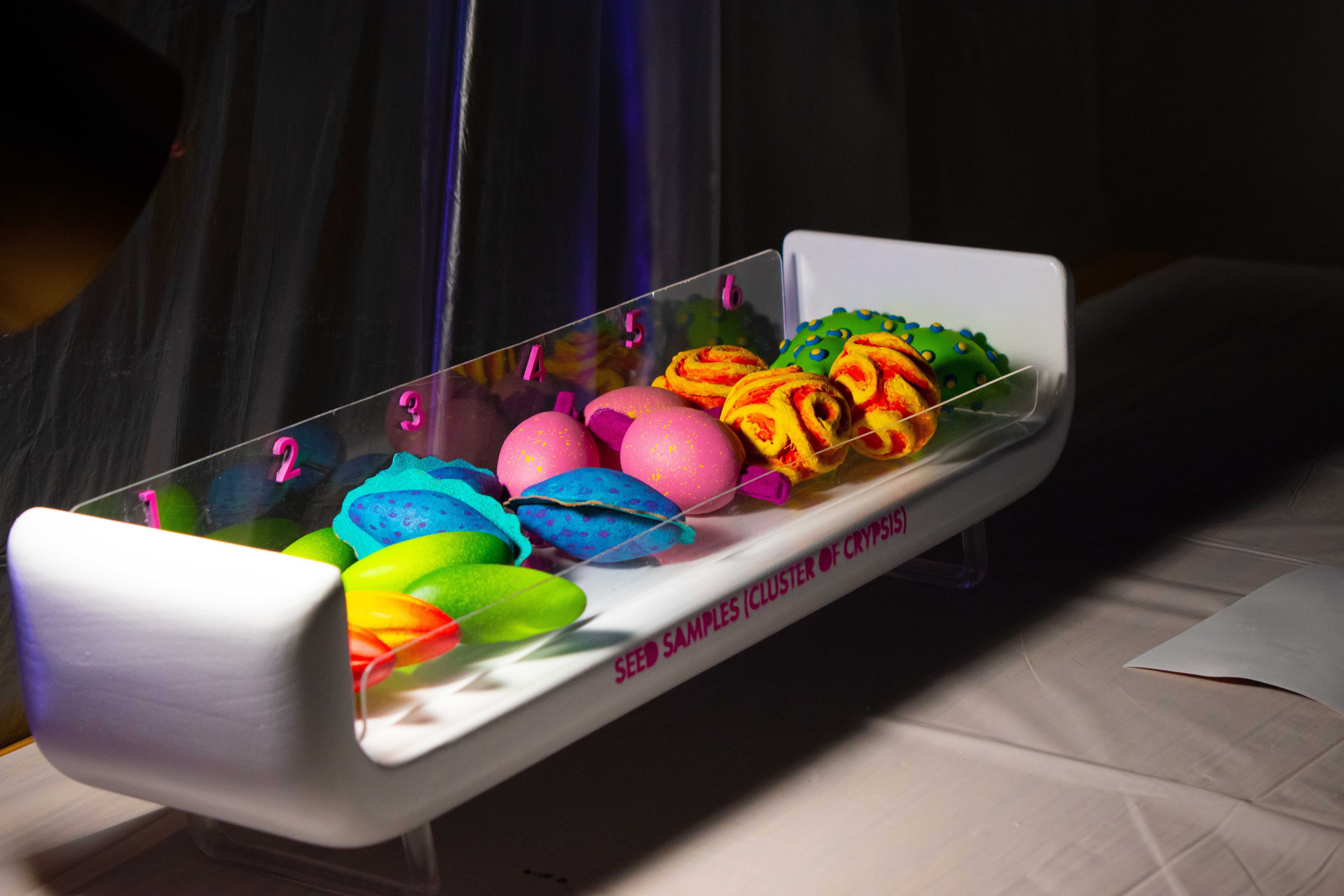 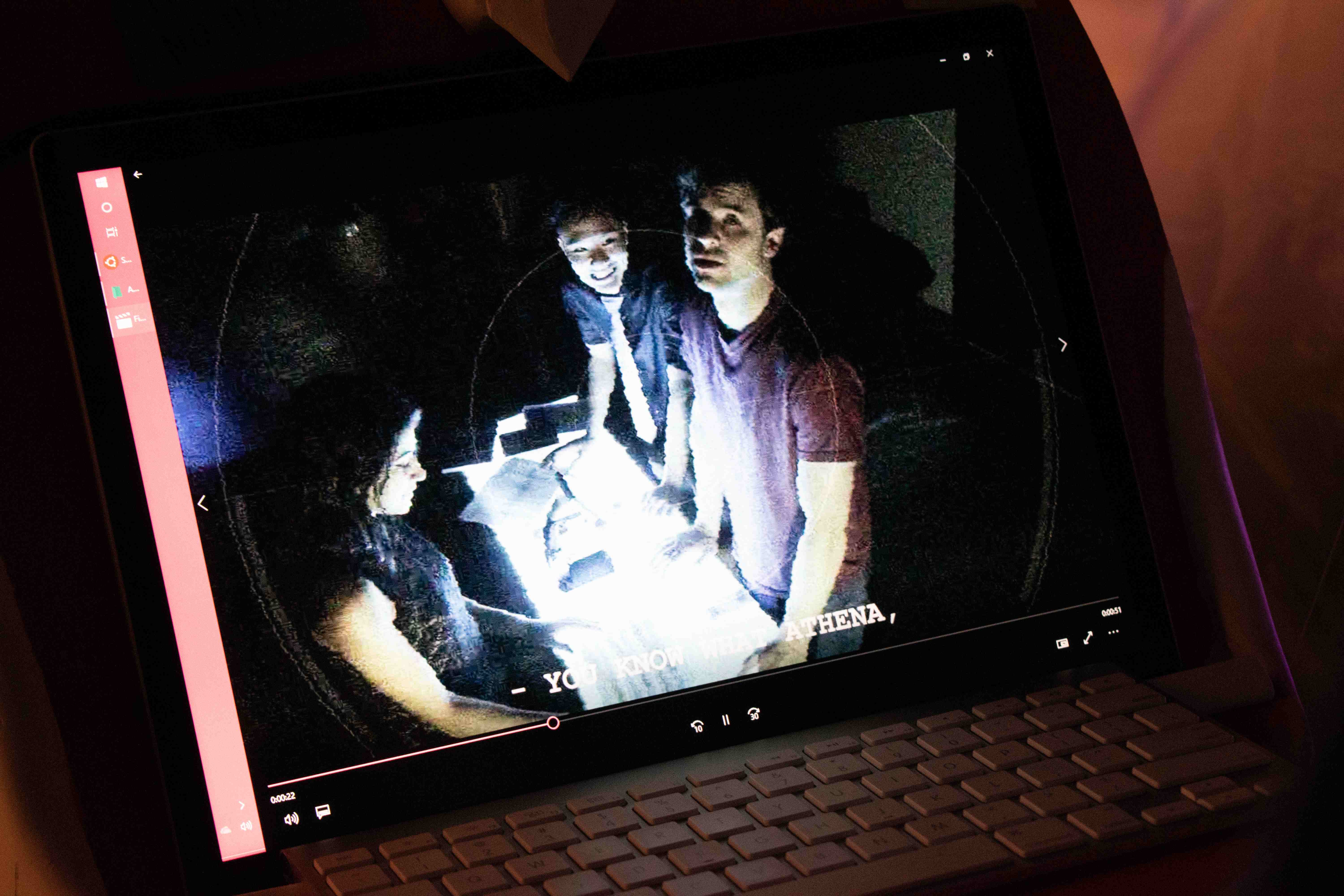 I wanted to build an escape room. The question for my sub-team was clear: how might we design an experience for multiple people in the same space and immerse them enough to stay engaged?

Our process involved many hoops to jump over, such as working in parallel when ideally it would've been sequential. Our challenge was to develop an interaction system when the story, setting and the props themselves weren't clear.

At that point all we could do is map out the space and set up key points of interaction within the room.

When the world building team had made enough plot development, we were able to detail out those interactions. We mapped out potential user journeys in our room. 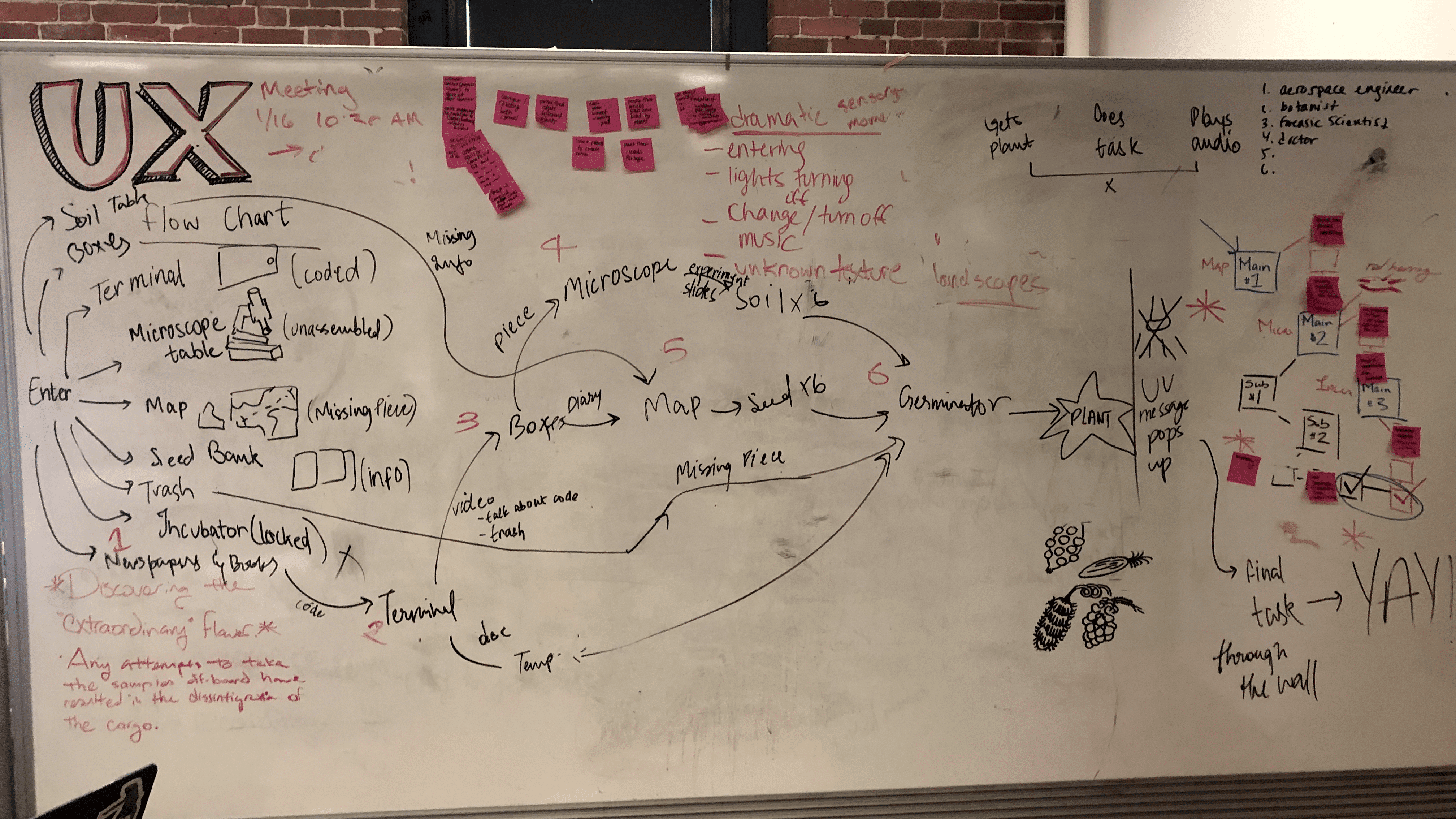 I'm allowed one picture of a whiteboard with sticky notes on - right?

In addition to the environment, my team was also responsible for the actual items of interaction in the room: the puzzles. The room was scattered with many components that formed a larger jigsaw made up of smaller puzzles. There were many possible paths, but ultimately there was only one way it could all come together.

The puzzle I was in charge of involved a large map of the planet the scientists were exploring. The ultimate (covert) goal was for the participants to figure out what plant seed to place in the machine. My part of the game helped them identify the climate a particular seed grows in and from there they could connect that information with another piece that led them to the correct seed.

Designing and building a fictional map was more complicated than earlier anticipated. I took creative liberty but also tried to involve science to make it believable enough. For the visuals, I was inspired by topography charts that make maps look three dimensional. I believed that would help increase the interactivity.

Here's a visual progression of the map development: 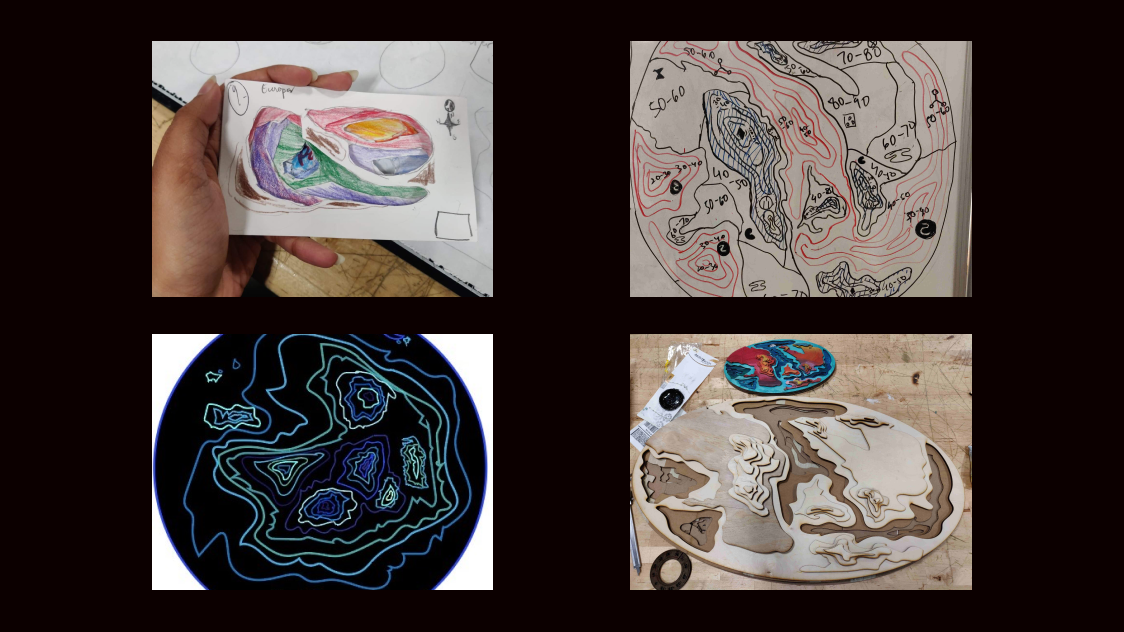 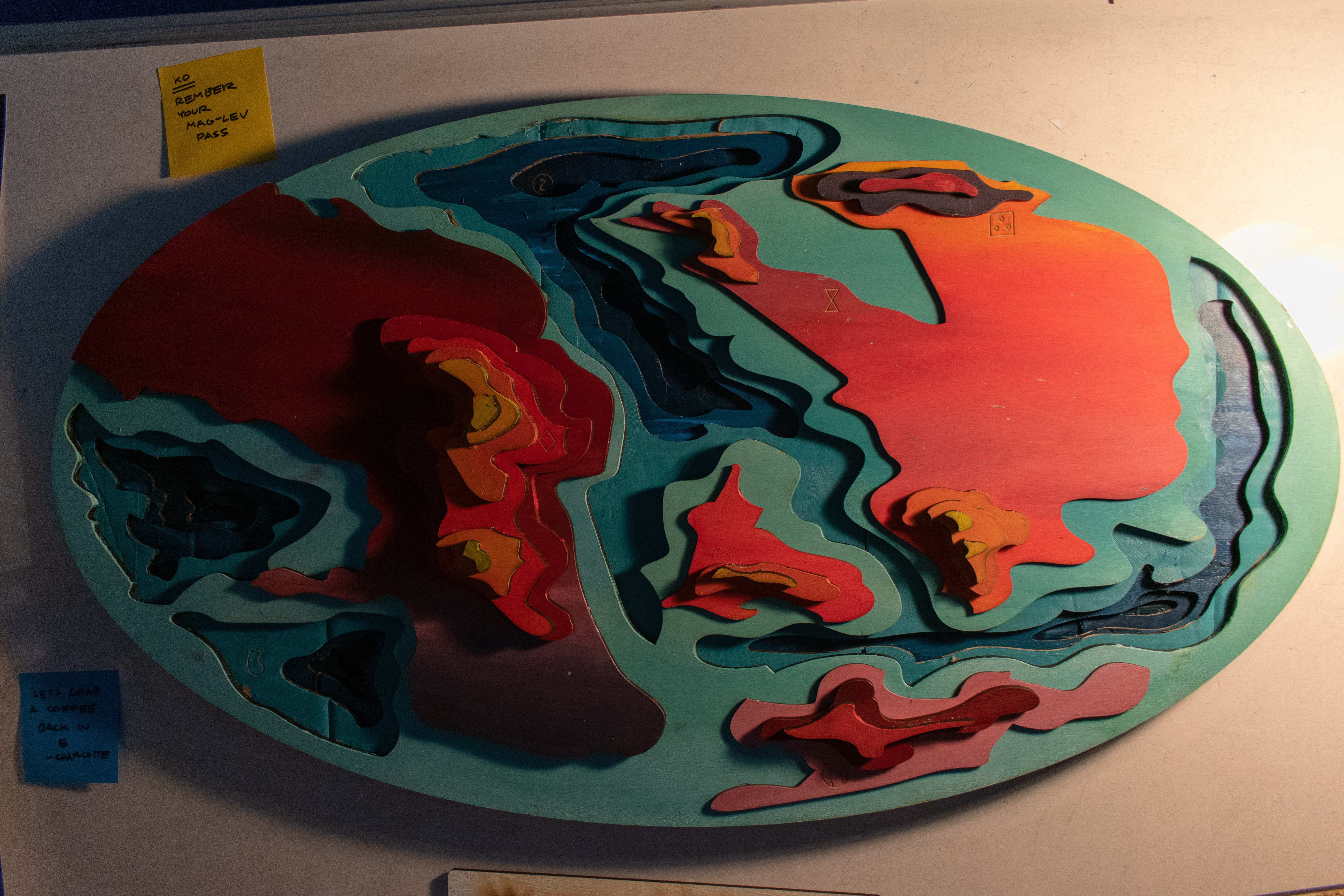 There was also a lot of back-and-forth with the other teams, such as worldbuilding, when developing this piece that is not quite captured in the visuals. I had to make sure the story lined up with the ecosystem we had developed for this planet, the other clues we had laid out in the room and that the aesthetic matched what the style team had laid out for us (retro-futuristic).

It was ultimately a very rewarding process to create a puzzle that was the right balance of difficulty (it didn't take people too long to solve it but it also wasn't immediately obvious) and enhanced the overall experience of the game.